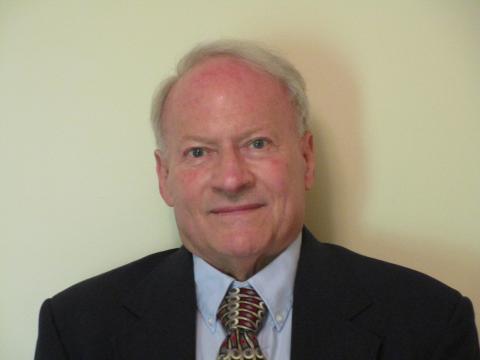 With great honor, Wayne C. Gaul is awarded the 2021 William A. McAdams Outstanding Service Award, presented annually by the American Board of Health Physics (ABHP).  Since 1989, when it was first established, coinciding with the thirteenth year of the ABHP, the McAdams award honors a Certified Health Physicist who has made significant contributions toward the advancement of professionalism in health physics and to the overall certification process.

Wayne has been instrumental to the development and conduct of the certification exam for many years. He started in 2006, as an active member of the Part II panel. He continued until 2012 when he became the chair of the Part II Panel and oversaw the 2012 exam.  He took some time off and was elected to the ABHP Board in 2015, so he could still grade exams.  In 2019 he was selected to the Vice Chairmanship of the ABHP, and then became the Chair in 2020.  Many of us remember working with him over the last eight years in some capacity related to the development of Part II exam questions and stock solutions, particularly in his area of expertise, the nuclear fuel cycle.

In the spirit of William McAdams,[1] particularly emphasized during the 2020 exam year when we found ourselves in the midst of a global pandemic from the spread of SARS-COV2, Wayne was deliberate and decisive in his actions and leadership in not only assembling the certification exam, but also navigating the myriad of complications brought about by the necessity of changing the meeting of the Board, execution of the exam, and grading of the exam, from in person to over the internet, all the while maintaining composure as everyone adapted to the complete change in human behavior from working remotely.  The ABHP was well served by Wayne’s patience and persistence in 2020, as Chair.  Concurrent with his management of the overall certification process Wayne also managed the prodigious effort needed for migration of the Part II question bank to a new system managed by Prolydian.  He has left an indelible mark on the ABHP and the Part II panel.

From the University of Kansas, Wayne received three diplomas:  B.A. in Biology and Biochemistry; M.B.A. in Business Administration; and an M.S. in Radiation Biophysics.  From the University of South Carolina, he was awarded his Ph.D. in Environmental Health Science, specializing in Industrial Hygiene.

Wayne has over 40 years of experience in the practice of health physics, starting his career with Canberra Industries as a project manager for the development and deployment of radiation detection systems for alpha/beta/gamma-ray spectrometry.  He soon went back to the University of Kansas calibrating x-ray machines and performing dose assessments at the University Medical Center, Department of Radiation Therapy.  Next, he moved to work at the Idaho National Laboratory developing radiation and nuclear safety analysis reports for the Idaho Chemical Processing Plant, as it was known at that time, a facility where spent fuel was dissolved, and the nuclear fuel, recycled. He then went to the Nuclear Power arena at Wolf Creek Nuclear Generating station. This experience would later become invaluable during his work for Chem-Nuclear Systems, and Savannah River National Laboratory.  For the last twenty years of his career Wayne has been Senior Program Manager at Tidewater, Inc., performing technical evaluations related to radiological, industrial safety, and hazardous material projects.  He has supplied health physics, waste management, industrial hygiene, and occupational safety assistance at decommissioning projects for Los Alamos National Laboratory, Brookhaven National Laboratory, the Savannah River Site, National Aeronautics and Space Administration facilities, Knolls Atomic Power Laboratory, Idaho National Laboratories and Argonne National Laboratory, an impressive slate of nuclear facilities.  He co-authored ANSI N13.12, January 2000, “Surface and Volumetric Radioactivity Guides for Materials, Equipment and Facilities to Be Released for Uncontrolled Use.”   Wayne has also actively shared his knowledge, making numerous technical presentations at national meetings, and serving as an instructor for multiple continuing education sessions.

Wayne, congratulations on receiving the distinguished McAdams award for 2021.  A true gentleman whose leadership exemplifies the merits of and dedication to the certification process, with long-lasting impacts to the practice of health physics.

[1] “William McAdams was apparently the ramrod that made things happen.” (reference: https://www.aahp-abhp.org/abhp/awards/mcadams )