Presented to KEN SKRABLE by the American Board of Health Physics at the 38th Annual Meeting of the Health Physics Society, Atlanta, Georgia, July 11-15, 1993 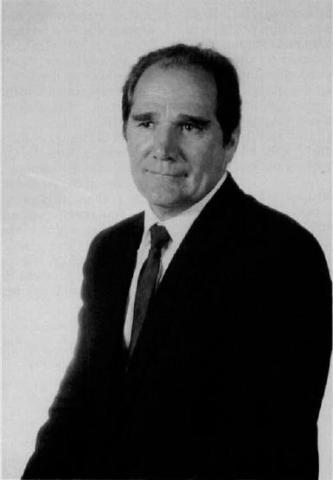 Shortly after its organization, the Health Physics Society (HPS) established a committee to study the need for certification of health physicists and to develop plans for certification, if this appeared to be desirable. The Certification Committee membership included an energetic and farsighted young man by the name of William McAdams. After an intensive study, the Committee recommended that an American Board of Health Physics (ABHP) be established to develop standards and procedures, to examine candidates, and to issue written proof of certification to individuals who satisfied the requirements established by the ABHP. The Board of Directors of the Society decided that these recommendations had merit and appointed a temporary ABHP on November 8, 1958, and named William McAdams as Chairman.

The temporary ABHP developed a set of minimum requirements for certification. At the Annual Meeting of the Society June 1959, these matters were discussed in an open meeting and there was general support for the plan. The Board of Directors of the Society formally established the ABHP by approving an amendment to the By-Laws of the Society in October 1959 and appointed William McAdams as Chairman. Under his leadership, the ABHP worked diligently to become incorporated in the state of New York in December 1960, allowing the ABHP to achieve its independent identity.

On the 30th anniversary of the ABHP four years ago, we inaugurated the William McAdams Outstanding Service Award to recognize on an annual basis those individuals who have made significant contributions to the advancement of professionalism and to health physics certification. This award is named for the person who exercised strong and dedicated efforts to identify the need, define the concept, organize the body, obtain the charter, and implement the initial certification program. That year, William McAdams was recognized as the first Chairman of the ABHP and Jack Healy was the first recipient of the McAdams Award for his substantial contributions to the formation and early development of the ABHP.

The award has been presented annually since that time to individuals who have made long-term and significant contributions to the certification process and have elevated professionalism in health physics.

This year we are pleased to announce the fifth recipient of the William McAdams Outstanding Service Award, Kenneth W. Skrable. Ken is widely recognized for his ABHP question and answer column in the HPS Newsletter, his certification preparation course, his direct involvement with and mentoring of health physics students at the University of Massachusetts-Lowell and his leadership of professional enrichment program courses at HPS meetings. His contributions to the certification process and continued professionalism in health physics have been important to those striving for certification and certified health physicists obtaining continuing education. It would be interesting to know how many certified health physicists were aided in their preparation by a Ken Skrable course or course handouts.

Ken willingly gives of his time and expertise and is consistently dedicated to improvements in the field of health physics. In addition to his involvement in initial and continuing education of health physicists, Ken has made many other contributions to the field during his career. He served as reviewer for the National Council on Radiation Protection and Measurements SC-54 committee, serviced on several ANSI committees, primarily those dealing with internal dosimetry, and has numerous publications to his credit. He is also involved in many public service activities, such as presenting Radiation and Life lectures to various organizations, conducting radon evaluation for the public, and serving on the Massachusetts Nuclear Incidents Advisory Team and the talent pool for the Committee on Interagency Radiation Research and Policy Coordination (CIRRPC).

In addition to his many visible professional involvements, Ken has quietly assisted in a behind-the-scenes role, for example, as an independent technical reviewer of the National Registry of Radiation Protection Technologists question bank.

Few persons are actively contributing to the advancement of professionalism in health physics in such a consistent and unselfish manner and on so many fronts. Therefore, it is with pride and appreciation that we recognize Kenneth W. Skrable as this year's recipient of the William McAdams Outstanding Service Award.