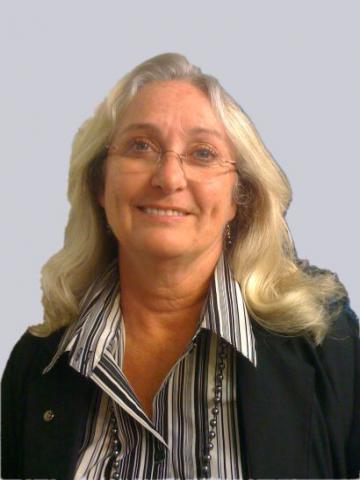 Kathleen (Kathy) Dinnel-Jones is the recipient of the 2020 William A. McAdams Outstanding Service Award.  This award is presented annually by the American Board of Health Physics (ABHP) to honor a certified health physicist who has made a significant contribution toward the professionalism in health physics and to the certification process.  In conferring this award, the ABHP Selection Committee especially recognizes Kathy’s commitment to the missions and objectives of the ABHP.  She has served as a member of the ABHP Part II Panel of Examiners for nine years, including service as Vice Chair and Chair in 2016 and 2017, respectively.  When she was Chair of the Part II Panel of Examiners, Kathy initiated the reengineering effort for the Part II question bank, an electronic database of questions with their solutions and performance data.  She strived to maintain a consistent quality and clarity of the questions in order to make re-using the questions practicable.  She continues to actively engage in this effort.

Kathy received her bachelor’s degree in zoology and master’s degree in radiological health physics, both from San Diego State University.  Her career started at the Pacific Gas & Electric Company (PG&E) as a health physicist where she gained progressive professional experience in both technical and supervisory areas.  During her 11-year tenure at the PG&E, she also developed and implemented both radiation protection audit programs for nuclear facilities and a technical-based non-radiological audit program for hazardous materials.

For the next seven years, Kathy was with the Lawrence Berkeley National Laboratory.  She was responsible for managing the radiation dosimetry unit, coordinating ALARA performance reviews, and most notably consolidating and managing the bioassay, environmental chemistry, dosimetry, and radiation instrument calibration programs into a single service-oriented group.

In 1999, Kathy began her new post with the Lawrence Livermore National Laboratory and was initially certified in the practice of health physics,  In addition to being responsible for maintaining radiation safety and health program, she provided technical guidance on hazard analysis and assessment, emergency planning and response programs, and US Department of Energy’s (DOE’s) Laboratory Accreditation Program assessments at various DOE facilities.

In 2008, Kathy started working for the University of California, Berkeley, as lead health physicist.  In this senior advisory capacity, she was in charge of implementing a comprehensive radiological control program under a broad scope radioactive material license.

On behalf of the ABHP, it is my privilege and pleasure to recognize my colleague, Kathleen (Kathy) Dinnel-Jones, for her many years of dedication and sustained service to the health physics profession and the certification process.  Congratulations, Kathy, on receiving the 2020 William A. McAdams Outstanding Service Award!