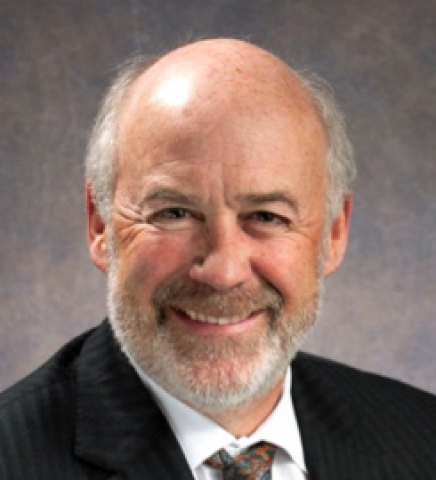 It is an honor and privilege to announce William (Bill) G. Rhodes III as the 2019 McAdams award winner. The award was established in 1989 and is presented annually by the ABHP and AAHP to honor a certified health physicist who has made a significant contribution toward the advancement of professionalism in health physics and to the certification process.

Bill’s contributions to the ABHP have gone relatively unnoticed by many members of the AAHP.  He initiated the issuance of the ABHP into the 21st century by getting the application process for the CHP exam, Part I and Part II into an electronic format.  A lot of people do not know that the previous method of FedEx’ing these applications across the nation to be individually reviewed was a monumental task and a dangerous one with the original transcripts or the entire package potentially being lost (copies were made).  The Part II applications resulted in a very large bundle of paperwork being shipped.  Now both of these are done electronically, saving significant dollars in shipping and handling.  Also, if something is missing the reviewer can enter it into the applicants file, which is sent directly to the applicant so the needed attention can be addressed.  The application review process by the ABHP Board members is now much more efficient since the reviews can begin as soon as the applications are completed in the database.

Bill also led the effort to make the transition from paper exams to electronic format for the Part I exam.  This allowed a lot more flexibility for the candidates because the exam could be taken at certified testing sites across the nation, and internationally and over the range of a week instead of one select date and time.  Also, the electronic format for the Part 1 exam allows for more security and control of the results since no paper is being sent to or collected at numerous test sites to be sent back to the ABHP.

Bill received his undergraduate degree in Physics and Biology from Wittenberg University in Springfield Ohio, and his graduate degree in Radiological Sciences and Protection from the University of Massachusetts Lowell. He has nearly 40 years of experience in radiation protection, nuclear security, and emergency response.

He started his career at M.D. Anderson Hospital and Tumor Institute after finishing his undergraduate degree. After two years, Bill started his graduate studies at UMass Lowell and completed his thesis with Dr. Kenneth W. Skrable. He then worked for the General Electric Company at Knolls Atomic Laboratory, Arthur D. Little Inc., the University of Rochester and Sandia National Laboratories. He has been assigned to diverse staff and senior leadership roles at these institutions. Bill has worked extensively with the international community including participating in many nuclear security consultancy meetings with the International Atomic Energy Agency. He has earned multiple employee recognition awards and letters of recognition from Sandia and the National Nuclear Security Administration including awards for the response to 9/11, preparing for the Greek Olympics, and the response to the Fukushima accident. He was also presented with the 2016 UMass Lowell Distinguished Alumni Award for the Kennedy College of Sciences. He is currently a United States Senate Fellow on the Senate Homeland Security and Governmental Affairs Committee with Senator Ron Johnson from Wisconsin as Chairman of that Committee.

Bill has been a member of the Health Physics Society since 1981. He passed the American Board of Health Physics (ABHP) Part 1 exam in 1981, and was certified in 1988. He has served two terms on the ABHP Part 2 Exam Panel and two terms on the ABHP Part 1 Panel including serving as its Vice Chair and Chair. Bill has moved on to serving as member of the ABHP where he serves to this day, his roles on the board include Vice Chair and Chair.

He is the proud father of three sons, and he has one granddaughter. In his spare time, he served two terms with the volunteer Board of the Children’s Grief Center of New Mexico, and he currently serves on the Radiological Sciences Advisory Board, the Kennedy School of Sciences Advisory Board and the Chancellor’s Advisory Panel at UMass Lowell.

Today, the American Academy of Health Physics and American Board of Health Physics are proud to honor and recognize Bill Rhodes for his many years of dedication and sustained service to the health physics profession and the certification process.  Bill exemplifies himself with his boundless energy and passion to improve the ABHP and symbolizes the McAdams Award

I take great pride and privilege in presenting the 2019 William A. McAdams Outstanding Service Award to my colleague Bill Rhodes.