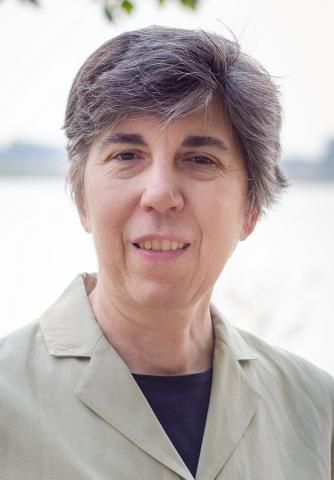 The winner of the 2015 William A. McAdams Award was Nora Nicholson, a Health Physicist III for Dominion Generation at the North Anna Power Station in Mineral, VA. She received her undergraduate degree with distinction from Virginia Polytechnic Institute and State University (Virginia Tech) in Biology with a Health Physics option and a minor in chemistry. She also received a U.S. Department of Energy (DOE) Health Physics Fellowship and completed her Master of Science in Radiation Science degree with honors at Rutgers University.

Nora began her health physics career as a radiation specialist for the U.S. Nuclear Regulatory Commission in Region III. She then worked for Bartlett Nuclear at Nine Mile Point before joining Virginia Power as a Staff Health Physicist at the North Anna Power Station in Mineral, VA. Since joining North Anna, she has progressed in technical and supervisory areas and has taken on additional programs and responsibilities. These have included managing health physics program changes for the exposure management system replacement and implementation at the four Dominion sites; conducting assessments and observations of station performance improvement in the health physics, chemistry, training, emergency preparedness, security, and corrective action programs; and also serving as a National Voluntary Laboratory Accreditation Program (NVLAP) Technical Director for the commercial reactor dosimetry program.

Nora was also assigned as a Senior Project Manager to NUMARC/NEI. She managed dosimetry projects that included hot particles, Committed Effective Dose Equivalent, and electronic dosimetry. She coordinated comments from the industry and provided input to regulators' inquiries. She also reviewed and evaluated technical and research reports related to these projects.

When a Part 2 panel member was unable to participate, Nora graciously stepped in from 2003-2004 and volunteered to complete the term. She joined the ABHP as a Board Member from 2006-2011 and served as Secretary in 2009 and Vice Chair in 2010.

When the Board lost a member in 2012 due to a sudden passing, Nora returned to the Board to complete his term. She guided us through once again in 2013, serving as Chair.

She continues to serve as the liaison between the ABHP and our accrediting body, the CESB.

Nora exemplifies the outstanding service to the ABHP that symbolizes the McAdams Award. Congratulations, Nora!