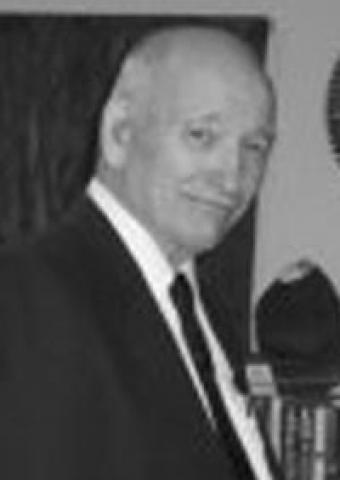 In memory of his sustained and outstanding services to the American Board of Health Physics (ABHP) and the American Academy of Health Physics (AAHP), Lester Aldrich is posthumously awarded the William A. McAdams Outstanding Service Award for 2014. His daughters, Ann Aldrich Lambel and Linda Aldrich Urias, accepted the award on his behalf. The award was established in 1989 and is presented annually by the ABHP and AAHP to honor a certified health physicist who has made a significant contribution toward the advancement of professionalism in health physics and to the certification process.

Les was lost to the profession late in 2006 following a career that spanned more than 22 y in health physics, primarily at Hanford. In conferring the award as a memorialization, the committee noted Les' enduring dedication and service to the profession of health physics over many years. Les served as a Director of the AAHP from 2002 through 2004, as well as serving both as an ABHP Part II Exam Panel member and as Part I Exam Panel Chair.

Les received his certification in 1982. Perhaps his most enduring and least visible contribution to the profession was his involvement in the Continuing Education Committee of the AAHP. During the formative years of the Academy, Les was instrumental in recruiting, establishing, and promoting the full-day continuing education programs sponsored by the Academy in conjunction with Health Physics Society meetings, including the diversity of sub-topics, the quality of training materials, and the level of instructor expertise that we have since come to take for granted. Les, who was outspoken, opinionated, and occasionally contentious as a health physicist, was instrumental in the early integration of the Academy's continuing education efforts with those of the larger Health Physics Society professional enrichment programs, a teaming that appears seamless today but only because of the teamwork and finesse that Les and other committee members expended.

Les' volunteer activities were by no means restricted to the ABHP and AAHP, as he was active in his church and many organizations outside the profession. The Boy Scouts of America awarded Les its prestigious Silver Beaver Award, recognizing him as one of the Scout leaders who have made an impact on the lives of youth through service given to the local Boy Scout Council. Those of us who were privileged to be mentored by Les as radiation protection professionals can readily appreciate that his scouting involvement positively impacted many young men. Additionally, Les was active in MENSA, the NRA, the GOP, Gideons International, and Walk-to-Emmaus.

Les held a Master of Science degree in Nuclear Engineering from North Carolina State University, where he coached all of the university rifle teams. The NCSU rifle team was ranked as the number one non-scholarship college rifle team in the nation during several years under Les' leadership.

At the time of the Chernobyl disaster in 1986, Les' professional responsibilities at Hanford included oversight of health physics technical support to the Hanford N Reactor. Up until that time, this USDOE facility had been operational as a "dual purpose" graphite moderated reactor providing both DOE mission support and power to the Bonneville Power Administration grid. Those of us who worked for Les remember that he had strong feelings about the value and viability of the N Reactor, but he calmly insisted that we continue to focus on technically sound radiation protection practices and ignore the media and bureaucratic "fallout" of the Chernobyl event as it reflected on the N Reactor's future (and its ultimate demise).

His many years of sustained and dedicated service to the ABHP and the health physics community at large make Les deserving of our recognition and memorialization. With this award, Lester K. Aldrich II is added to an elite list of 25 previous recipients. It is with a mixture of pleasure for his mentoring and sadness from his loss to us that we present the William A. McAdams Outstanding Service Award for 2014 in memory of Les Aldrich.