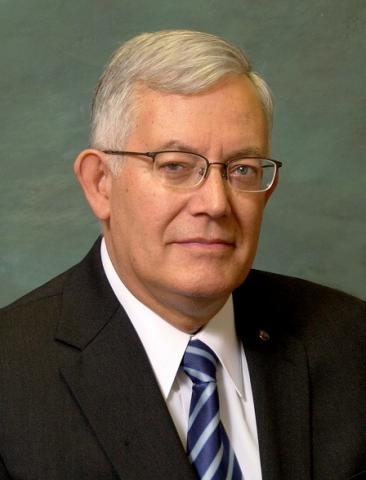 The award was established in 1989 and is presented annually by the ABHP and AAHP to honor a certified health physicist who has made a significant contribution toward the advancement of professionalism in health physics and to the certification process. In conferring the award, the committee noted Bob's longstanding service to the ABHP, ranging from being a Panel II member to providing expert guidance as a "Wise Person" reviewer. A stickler for details, his meticulous approach in dissecting an exam and his in-depth reviews have transformed many an exam into a high-quality professional product consistent with the high standards set by the ABHP.

Bob received his certification in 1981 and has ever since contributed to the ABHP in one capacity or another. He served as a Panel II member from 1991 to 1993. He became the Panel II Vice-Chair in 1994 and the Chair in 1995. He was elected to the ABHP Board in 2000 and served as a member until 2004. During 20005-2006, he was the ABHP liaison to the Council of Engineering and Scientific Specialty Boards (CESB). His tenure as a Board member is filled with anecdotal evidence of his drive toward the advancement of professionalism in health physics and the certification process. His colleagues have expressed deep appreciation for his vigilance and attention to detail. Subsequent to Board membership, Bob has continued to serve the ABHP as a "Wise Person" reviewer. The Board routinely selects three health physics experts not directly connected with the exam development process to conduct a final review of the Part II exam. The value of this review cannot be understated, and Bob's contribution to this process is nothing short of monumental.

In addition to combat in Vietnam, his military assignments have included the Enewetak radiological cleanup. As a colonel working at Headquarters, Department of the Army, in the Pentagon, his was the first to hold the title and position of Army Radiation Safety Officer and virtually single-handedly designed and implemented the first comprehensive Army-wide radiation safety program. He became a member of the U.S. Army Field Artillery Officer Candidate School Hall of Fame in 1995.

Bob has many publications and presentations. Notably, his was the chapter editor and author of three articles in the ionizing radiation safety chapter in the current edition of the International Labor Organization's Encyclopedia of Occupational safety and Health and the author of the U.S. Army's regulation on Army Radiation Safety. He is currently an associate editor for Operating Health Physics.

His many years of sustained and dedicated service to the ABHP and the health physics community at large make him fully deserving of recognition and applause. With this award, Bob joins an elite group of 23 previous recipients. It is with great pleasure that I present the William A. McAdams Outstanding Service Award for 2012 to Robert N. Cherry.