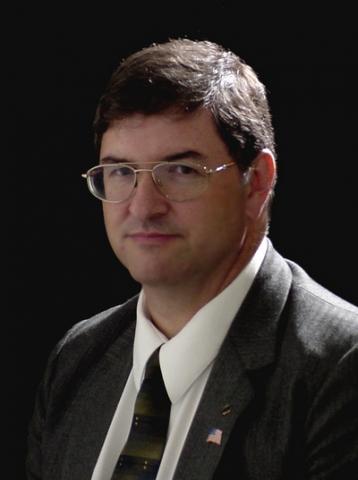 James S. Willison is the recipient of the 20th William A. McAdams Outstanding Service Award. This award is presented by the American Academy of Health Physics (AAHP) and the American Board of Health Physics (ABHP) to honor a certified health physicist who has made a significant contribution toward the advancement of professionalism in health physics and to the certification process.

Jim earned a bachelor's and then a master's degree in nuclear engineering from Oregon State University in 1980 and 1982, respectively. He was also a recipient of an inaugural Institute of Nuclear Power Operations (INPO) fellowship.

Jim began his professional career at Portland General Electric Company (PGE). He gained progressive professional experience, and, in time, managed technical staff with responsibility for radiological engineering, internal and external dosimetry, radiation protection oversight, respiratory protection and environmental monitoring in support of the Trojan Nuclear Power Plant. During his 10-year tenure at PGE, he was the recipient of five PGE Notable Achievement Awards.

Also, while at PGE, Jim became a registered professional engineer. This is interesting because during this phase of his career, he was surrounded by certified health physicists, including last year's McAdams Award recipient, Kathy Pryor.

Jim spent the next eight years with NUS Corporation, where, at least initially, he was still a nuclear engineer surrounded by certified health physicists. Jim decided to join the crowd and seek ABHP certification. As part of his studies, he put together a binder containing copies of past Part II exams with Ken Skrable's solutions, which later became a significant resource for the Part II Panel. And, obviously, he succeeded in his effort to become a certified health physicist.

Mr. Willison presently works for Washington Safety Management Solutions LLC (WSMS), a part of URS Corporation, where he provides health physics and nuclear engineering support for government and commercial clients, including radiological design, accident analysis, shielding analysis, criticality, emergency preparedness, occupational and environmental health physics, as low as reasonably achievable (ALARA) considerations, and regulatory interpretations. But now, certain roles are reversed; he is surrounded by engineers. At WSMS, he has been a technical evaluator and instructor for the Federal Emergency Management Agency (FEMA) at power plant evaluations. Recently, his work with power plant licensing took him to Japan, which has inspired him to begin learning some of that language. In the eight years that he has been at WSMS, he has been the recipient of six WSMS President's Awards.

As impressive as his career has been, it is his service to the ABHP that has earned him this award. Jim Willison has served in the following roles since his certification in 1994:

In the only year that Jim was not serving a position with the ABHP since becoming certified, Jim was busy preparing a report to the Board on evaluation criteria for Part II questions. He was also just appointed chair of the AAHP Continuing Education Committee.

As impressive as this may be, it is his contributions during this service that made Jim Willison the obvious choice for this year's award. A partial list of these contributions follows.

Recognition of the Board, Academy, and certification process

Three of his contributions warrant more extensive comment than a bulleted mention. Jim singlehandedly compiled the Part II Question Bank, an electronic database of approximately 160 questions with their solutions and performance data. While recycling questions was permitted prior to Jim's compilation, the database made re-using questions practicable.

Then he did the same thing for the Part I Panel, but this time with a question bank of approximately 600 questions. For the sake of brevity, the transformative effects of this will not be detailed, except to say that they were profound. Nonetheless, improving the examination is the ultimate metric. The examination preparation service reported that the 2007 Part I Exam was "a whole, whole lot better than it was a few years ago." While Jim doesn't deserve all the credit for this, the question bank he compiled allowed the Panel members to spend their energy where it mattered.

It is fitting that Jim Willison receives this award in a major anniversary year. It was 50 years ago that the Health Physics Society appointed a temporary ABHP and named "an energetic and farsighted young man," William McAdams, as its Chair. Jim's most significant accomplishments merge fundamental principles from the past with today's technology to advance the certification process. It is my privilege and pleasure on behalf of the ABHP to present the William A. McAdams Outstanding Service Award to another energetic and farsighted young man, James S. Willison.