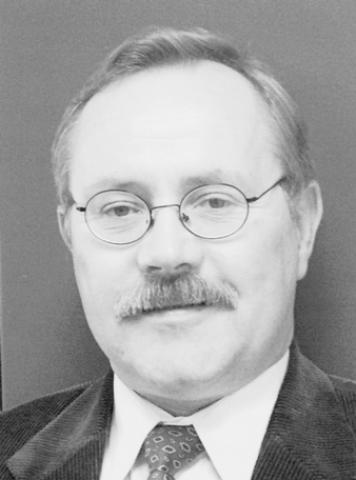 Dr. Edward Maher is the recipient of the 2004 William A. McAdams Outstanding Service Award. This award is presented annually by the American Academy of Health Physics (AAHP) and the American Board of Health Physics (ABHP) to honor a certified health physicist who has made a significant contribution toward the advancement of professionalism in health physics and to the certification process. In conferring this award, the nominating committee especially recognizes Dr. Maher's sustained service to the programs and objectives of the ABHP for more than eighteen years. He has served as a member of the Panel of Examiners and as Chair of the Part II Panel. He has also served as a member of and in each of the offices of the ABHP. He continues his service as a member of the Health Physics Society Board of Directors, Secretary of the Society, and liaison to the AAHP from the Society.

Dr. Maher has more than 29 years of experience in conducting and managing radiological, safety, and environmental protection programs for clients. His educational preparation for this career began with his BS in electrical engineering from Lowell Technological Institute, Lowell, Massachusetts. He continued his education receiving his MS in biomedical engineering from Worcester Polytechnic Institute, Worcester, Massachusetts; and his doctor of science degree in radiological protection and health from the Harvard School of Public Health in 1985. It was at Harvard, under the guidance and mentorship of Dr. Dade Moeller, that Ed began his quest for health physics certification and full-time practice in health physics. His doctoral research was on radon measurement and control of radon in residences. Ed holds several patents with Dr. Moeller on indoor radon control technologies.

Upon receiving his BS degree, Ed was commissioned a second Lieutenant in the United States Air Force (USAF) and entered active military service in 1973 after completing his MS degree. He began his service conducting research and modeling studies in ocular laser damage that contributed to the development of laser exposure standards for the USAF Surgeon General. Ed was selected for doctoral studies at Harvard, and upon completion of his doctoral studies, he was assigned to the USAF Occupational and Environmental Health Laboratory, Brooks Air Force Base, San Antonio, Texas. Ed served in a variety of positions that provided environmental and occupational health services to worldwide USAF installations. In 1994, Dr. Maher retired from active military service holding the rank of Colonel.

Following his retirement from military service, he went to work for Arthur D. Little, Inc., providing consulting services on occupational health and safety, health physics, industrial hygiene, and process safety management. In 1996, he became Director of the Yankee Atomic Environmental Laboratory providing laboratory and consulting services to Yankee's Nuclear Power Stations. When the laboratory was sold to Duke Engineering and Services, Ed remained as Director of the Environmental Laboratory. In addition to the technical and management positions that have formed Ed's career, there has also been a business development thread through his career. He has held business development roles at Arthur D. Little, Duke Engineering and Services, and Framatome-ANP. Ed is currently employed by Dade Moeller and Associates providing support to the National Institute for Occupational Safety and Health performing individual dose reconstructions for claimants under the Energy Employees Occupational Illness Compensation Program Act.

As stated earlier, Ed decided to seek certification when he was a doctoral candidate at Harvard. He became a certified health physicist in 1986 and he immediately became involved in the certification process. From 1987 to 1992 he served on the ABHP Panel of Examiners. He chaired the Comprehensive Part II Panel of Examiners in 1992; this is a position with a great deal of responsibility and often, insufficient recognition for the personal commitment of time. As the Part II Chair, he made question writing assignments, conducted the workshop where questions were refined, led the question selection process, led the grading process and prepared statistical information on exam performance. He had two or three years off before serving on the Board progressing from Board member to Parliamentarian, Secretary, Vice Chair and Chair. Ed served as Parliamentarian and Secretary of the ABHP when the Board was seeking accreditation by the Council of Engineering and Scientific Specialty Boards. Ed undertook the task of revising and reformatting the ABHP Policy and Procedures Manuals to meet the requirements for accreditation while ensuring that the intent of Board policies and procedures were maintained. He continues his service as a member of the Health Physics Society Board of Directors, Secretary of the Society and liaison to the AAHP from the Society.

Today, the American Academy of Health Physics and American Board of Health Physics are proud to honor and recognize Dr. Maher for his many years of dedication and sustained service to the health physics profession and the certification process in particular. Dr. Maher exemplifies the personal attributes of the great leader that this award is named for. I take great pride and privilege in presenting the 2004 William A. McAdams Outstanding Service Award to Dr. Edward Maher.