Presented to ROBERT MARTIN RYAN by the American Board of Health Physics at the 42nd Annual Meeting of the Health Physics Society, San Antonio, Texas, June 29 - July 3, 1997 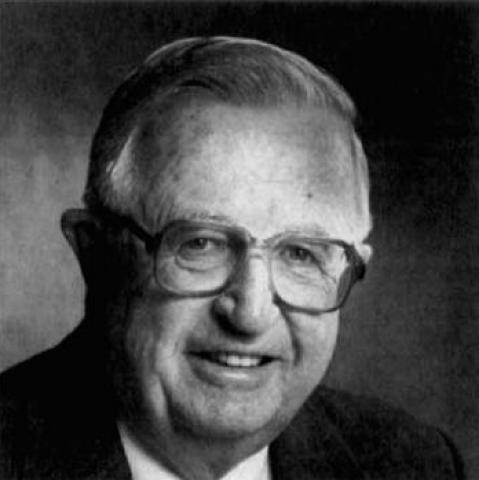 Following graduation from Rensselaer Polytechnic Institute in 1957, Bob began his career in health physics with a Fellowship from the U.S. Atomic Energy Commission to study at the University of Rochester and Brookhaven National Laboratory. After this initial training, Bob joined the Naval Reactors program at the Bethlehem Steel Company in Quincy, Massachusetts, as a health physics engineer. There he worked on the design and construction of USS Long Beach and USS Bainbridge.

In 1960, Bob joined Alco Products in Schnectady where he participated in the development of the SM-1, SM-lA, and PM-2A military reactors. His duties as health physics engineer there included a seven-month assignment at Camp Century in Greenland for startup testing of the PM-2A reactor.

In 1962, as a member of the Commissioned Corps of the U.S. Public Health Service, Bob participated in Operation Domenic at Christmas Island. During this operation, he participated in environmental sampling of weapons debris and laboratory analysis of environmental samples. He attained the rank of Commander. Later that year, he joined Rensselaer Polytechnic Institute as Director of the Office of Radiation and Nuclear Safety and Adjunct Associate Professor in the Department of Nuclear Engineering. There he was responsible for a health physics program that included a 100 MeV linear accelerator, critical reactor facility, x-ray diffraction and fluorescence laboratories and numerous radioactive materials laboratories. In addition, Bob serves or has served on the radiation safety committees of three teaching and research hospitals in the Albany, New York, area, the General Electric Corporate Research and Development Center, and with NES, Inc.

During his 32 years in academia, Bob developed several courses in radiological engineering, medical health physics, and the environmental impact of nuclear power plant operations. He has introduced over 1000 students to the basic principles of health physics and has inspired many to pursue the field in greater depth. He has advised dozens of students in research leading to Masters and Doctoral degrees at Rensselaer. Bob has conducted courses to train physicians in the physics of radiology, the media in the technology of nuclear power, and numerous researchers in the safe use of radioactive material.

Bob's research interests include personnel dosimetry and the environmental impact of nuclear power plants. He has performed numerous measurements of neutron spectra at pressurized and boiling water reactors in addition to turbine skyshine measurements at a boiling water reactor. He worked closely with health physicists in industry to identify meaningful research projects for his students. Some of these research projects directly led to employment opportunities for his students.

Throughout his career Bob has recognized and emphasized the importance of professional development and certification. He became a diplomat of the American Board of Health Physics in 1968 and has maintained certification for the past 29 years. In the early 1980's Bob worked closely with Dick Bowers and Joe Sayeg on the ad hoc committee to develop the current Part I examination bank. After this, Bob served two terms on the Part II Comprehensive Panel of Examiners. In 1984 he organized a review course to prepare power reactor health physicists in central New York for the certification examination resulting in seven successful candidates.

His public service includes many valuable contributions to public education, particularly in the areas of emergency preparedness for nuclear power plants and radioactive waste disposal. Bob has served on several advisory panels to New York State agencies. During the January 1982 Site Area Emergency at the Ginna Plant in Rochester, New York, Bob provided calm factual commentary to the local news media. This commentary greatly helped public understanding and eased concern about the event. With the passage of the Low Level Waste Policy Act, Bob became active in efforts to site a low-level waste disposal facility in New York State. Through numerous public hearings and meetings he continued to provide a balanced perspective on radiation risks and the beneficial uses of radioactive material.

Bob became a plenary member of the Health Physics Society in 1959. He served on a number of committees including the Academic Education Committee. He is a charter member of the Northeastern New York Chapter and served as Secretary, President-Elect and President. He served as the program chair for the 1976 Mid-Year Meeting and as a member of the program committee for the 1994 Mid-Year Meeting. In 1991, Bob was inducted into the Fellow class in recognition of his contributions to the Health Physics Society and the health physics profession. Today, we recognize these same contributions and accomplishments with the William A. McAdams Outstanding Service Award.