Presented to H. WADE PATTERSON by the American Board of Health Physics at the 35th Annual Meeting of the Health Physics Society, Anaheim, California, June 24-28, 1990 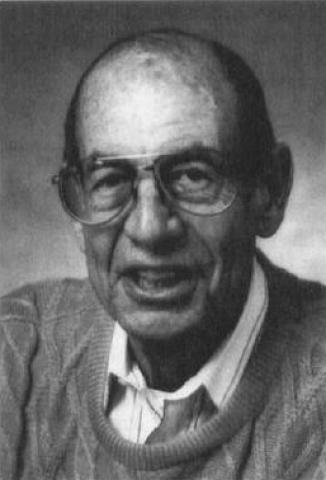 Shortly after its organization, the Health Physics Society established a committee to study the need for certification of health physicists and to develop plans for certification, if this appeared to be desirable. The Certification Committee membership included an energetic and farsighted young man named William McAdams. After an intensive study, the Committee recommended that an American Board of Health Physics (ABHP) be established to develop standards and procedures, to examine candidates, and to issue written proof of certification to individuals who satisfied the requirements established by the ABHP. The Board of Directors of the Society decided that these recommendations had merit and appointed a temporary ABHP on November 8, 1958. The Chairman of the temporary ABHP was none other than William McAdams.

The temporary ABHP developed a set of minimum requirements for certification. At the Annual Meeting of the Society in June 1959, these matters were discussed in an open meeting and there was general support for the plan. The Board of Directors of the Society formally established the ABHP by approving an amendment to the By-Laws of the Society in October 1959 and appointed William McAdams as Chairman. Under his leadership, the ABHP worked diligently to become incorporated in the state of New York in December 1960, allowing the ABHP to achieve its independent identity.

Last year, on the 30th anniversary of the ABHP, we recognized two of the pioneers who contributed substantially to our formation and early development; William McAdams, as the first Chairman of the ABHP, and Jack Healy, as the inaugural winner of the William McAdams Outstanding Service Award to annual recognize those individuals who have made significant contributions to the advancement of professionalism and the health physics certification. This award is named for the person who exercised strong and dedicated efforts to identify the need, define the concept, organize the body, obtain the charter, and implement the initial certification program.

This year it is our pleasure to announce the second recipient, H. Wade Patterson (emeritus CHP). Wade was involved with the certification process for more than a decade, serving as vice-chairman of the Board in 1979 and 1970 and as chairman from 1971 through 1974. Following a 2-year absence, he again became involve with the certification process as a 4-year comprehensive panel member from 1977 through 1980. It was during Wade's tenure that the Board advocated the formation of the National Registry of Radiation Protection Technologists (NRRPT) and assisted in its development. Experiences of the Board during his term also led to the abandonment of the oral exam as an option to the certification process.

In addition to his active Board and Panel involvement, Wade was chairman of the Nominating Committee in the formative stages of development of the American Academy of Health Physics. As such, he devised the method whereby each vote was counted equally. Wade has served the profession, academy, and his peers as a leader in preserving the professional ethics of certification. Therefore, it is fitting that we should recognize Wade Patterson as the second recipient of the William McAdams Outstanding Service Award.