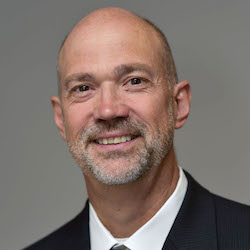 PRESIDENT’S CORNER  Gus Potter, CHP, AAHP President    Last weekend I finished watching The History of the Linear No-Threshold Model, a 22-part documentary produced by the Health Physics Society and featuring Dr. Edward Calabrese interviewed by CHP Barbara Hamrick.  The series is excellent and I recommend it to all AAHP members, whether diplomate or associate.  I also commend the Society for commissioning such an important project that pervades everything that we stand for in health physics.    Last year I was honored to receive the Joyce B. Davis Memorial Award of which part of the eligibility is stated as being “a demonstrated champion of professional standards and ethics.”  Having read most, if not all, of Dr. Calabrese’s papers on the LNT subject, I mentioned during my acceptance the importance of ethics in the health physics field and that its use as a basis for radiation risk may very well have been the result of a lapse in ethics by at least one, but perhaps several, researchers.  If this is truly the case (I leave it to your judgement once you have seen the documentary), then our field is based on improperly interpreted data, conflict of interest, and scientific fraud.  This then results in impossibly low cleanup levels, lack of acceptance of nuclear power, and overall fear of radiation, even extending to medical treatment for some.

The importance of maintaining an ethical mindset and actions cannot be understated.  We, as Certified Health Physicists, have the responsibility to understand radiation risk and associated statistics as they are currently practiced and the implications of LNT vs. a threshold model and be able to explain them.  Those of us that are part of the peer review process must ensure that papers are reviewed comprehensively in consideration of possible bias.  We must also use our knowledge, expertise, and positions as health physicists to influence correction of improper scientific conclusions, especially resulting from ethical lapses.

I again encourage you all to watch the series and read Dr. Calabrese’s papers listed at the end of the last episode and be a continuing champion of ethics in health physics.