Presented to CHARLES A. &QUOT;GUS&QUOT; POTTER at the 62nd Annual Meeting of the Health Physics Society, Raleigh, North Carolina, July 9-13, 2017 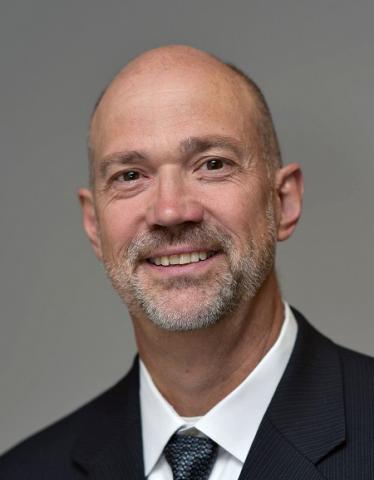 It is a pleasure and an honor to announce Charles A. "Gus" Potter as the recipient of the 2017 McAdams Award.

Gus grew up in Bridgewater, New Jersey. He received his undergraduate degree in health physics from Trenton State College in 1986 and his graduate degrees in radiological sciences and protection from the University of Massachusetts Lowell in 1992 and 2000. He has over 25 years of experience at Sandia National Laboratories and is globally recognized as an expert in the fields of internal dosimetry, risk assessment, and radiation effects modeling.

Gus earned this award for three reasons. First, his technical achievements span several different areas in health physics. He is a globally recognized expert in internal dosimetry. To support this statement, I offer the fact that he is the only person in the history of the Health Physics Journal to be the sole author of an entire monthly edition! The topic of the edition was internal dosimetry applications of International Commission on Radiological Protection models.

Second, he has done all of his health physics work in service to our country. He volunteers on a national-level nuclear crisis action team. This prestigious team has only the best scientists, engineers, technicians to serve and support government and military customers. He also represents the U.S. National Nuclear Security Administration at the International Atomic Energy Agency as an expert on radioactive materials and malicious use of these materials.

Last, Gus is a model leader of the Health Physics Society (HPS) and the ABHP. He has held many positions in the Society and on the board, including leading both certification exam panels and chairing the ABHP. He has served the ABHP for more than 10 years. For the HPS, he has offered short courses, helped as a session chair during meetings, and served on the Membership Committee. He is also an HPS fellow.

At Sandia National Laboratories, Gus is a "Distinguished Member of Staff"—a position held by less than 5% of the professional staff at the labs!

Gus is a devoted father to a son and a daughter and a wonderful husband to another outstanding health physicist, Michelle Potter.

Gus, congratulations on your award and thank you again for supporting the certification process, the HPS, and the ABHP.